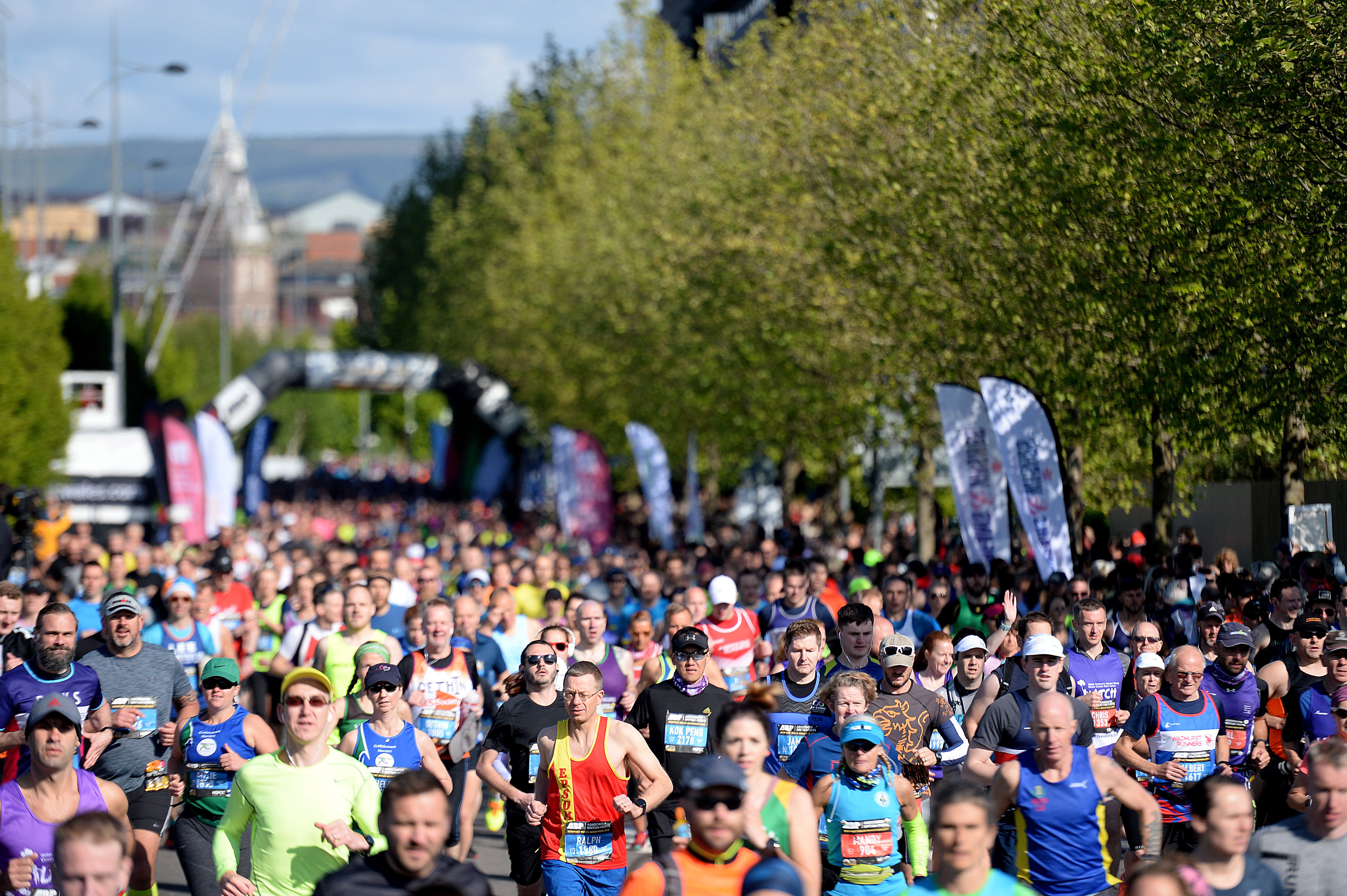 A global audience will get a front-row seat to watch the 2019 ABP Newport Wales Marathon after the second installment exceeded all expectations again.

A total of around 6,000 runners flooded the streets of Newport to take part in a festival day of running across the marathon, 10K and Family Mile races.

The event established its status as the nation’s premier marathon in its inaugural year in 2018, and cemented its reputation with an unforgettable second edition that will be broadcast to a global television audience in more than 100 countries on television and digital streaming platforms worldwide.

Crowds of runners enjoyed perfect conditions and a fever-pitch atmosphere outside the University of South Wales’ Newport Campus in the heart of the city centre before setting off on the flat 26.2 mile course alongside the River Usk. Thousands more participants got all the marathon atmosphere without the gruelling distance by running the second leg of the Healthspan Wales 10K series – the ABP Newport Wales 10K – around iconic landmarks including the Newport Transporter Bridge.

Lead charity partner NSPCC brought the noise at their cheer station in Magor to give them some welcome encouragement at mile 10 with the event expected to raise thousands for local and national good causes.

The date for the 2020 event has already been set for Sunday 19th April as organisers Run 4 Wales aim to build on the success of the opening two years.

Newport has a new local hero after Carla Swithenbank won on her own doorstep as she moved up from third last year to triumph in the women’s race in 2:45:48.

The 28-year-old former police-woman led from gun to tape as she knocked 24 seconds off her previous best time as she made it a double for the Mickey Morris Racing Club as she followed in the footsteps of the inaugural champion, Natasha Cockram.

Healthspan Wales 10K Series champion Matt Clowes made a successful return from injury to triumph in the 10K race, but he was chased all the way by Bideford’s Shaun Antell. Clowes came home in 29 min, 43 sec (his PB is 29:19) to hold off his nearest challenger as the top two athletes cracked to 30 minute barrier. His winning time equalled the record set in last year’s inaugural race by his Cardiff AAC clubmate, and Commonwealth Games and World Championship athlete, Ieuan Thomas.

The women’s race had a new champion as Bristol & West AC’s Charlotte Taylor-Green proved her switch from track to road looks to be a good one. A week after acting as a pace-maker in the London Marathon she held off the 2018 winner, Rachel Fenton, to win in a course record 34:44. GoCompare CEO Matthew Crummack was further back, finishing in 4:52:43, but he managed to complete the 26.2 miles dressed as an inflatable opera singer.

Run 4 Wales Chief Executive Matt Newman said: “The second edition of the ABP Newport Wales Marathon will go down as another huge success across all aspects of the day. The City of Newport came back out to support again and the supporters are the ones who have really helped put it on the running calendar, and cemented it as the largest marathon in Wales.

“I would like to thank title partners ABP, Welsh Government and Newport City Council for again making this event possible, and their commitment to help people in Wales discover healthier lifestyles through running.

“It’s been a great day for athletes, with personal bests coming through from many and I think they will be coming back to Newport in droves. The great news for participants and spectators is that they will get to re-live their achievements by tuning into the race highlights on Channel 4 and S4C in the UK.

“The race is fast becoming an unmissable addition to the Welsh sporting calendar, and we’re already looking to build on the success of the event when we return on Sunday 19th April, 2020.”

The ABP Newport Wales Marathon & 10K is expected to have pumped around £1.1million into the local economy while showcasing what the city of Newport has to offer the world. The staging of the event would not have been possible without the support of Title Sponsors ABP, who are delighted to have been able to contribute to an event that will have such a positive impact on the local community. Official partner Monmouthshire Building Society celebrated their 150th birthday at their local marathon event with their own team of runners.

Councillor Debbie Wilcox, Leader of Newport City Council, said: “Last year’s event set the bar incredibly high – but I am so pleased that the second ABP Newport Wales Marathon has been another incredible success. People have come from across the world to take part and I am proud that our city has been able to give them such a warm welcome. I look forward to us sharing this fabulous event and our city with an even bigger audience on TV later this week.”

Runners who want to be a part of the action with a whole year of training under their belts, can pre-register here.