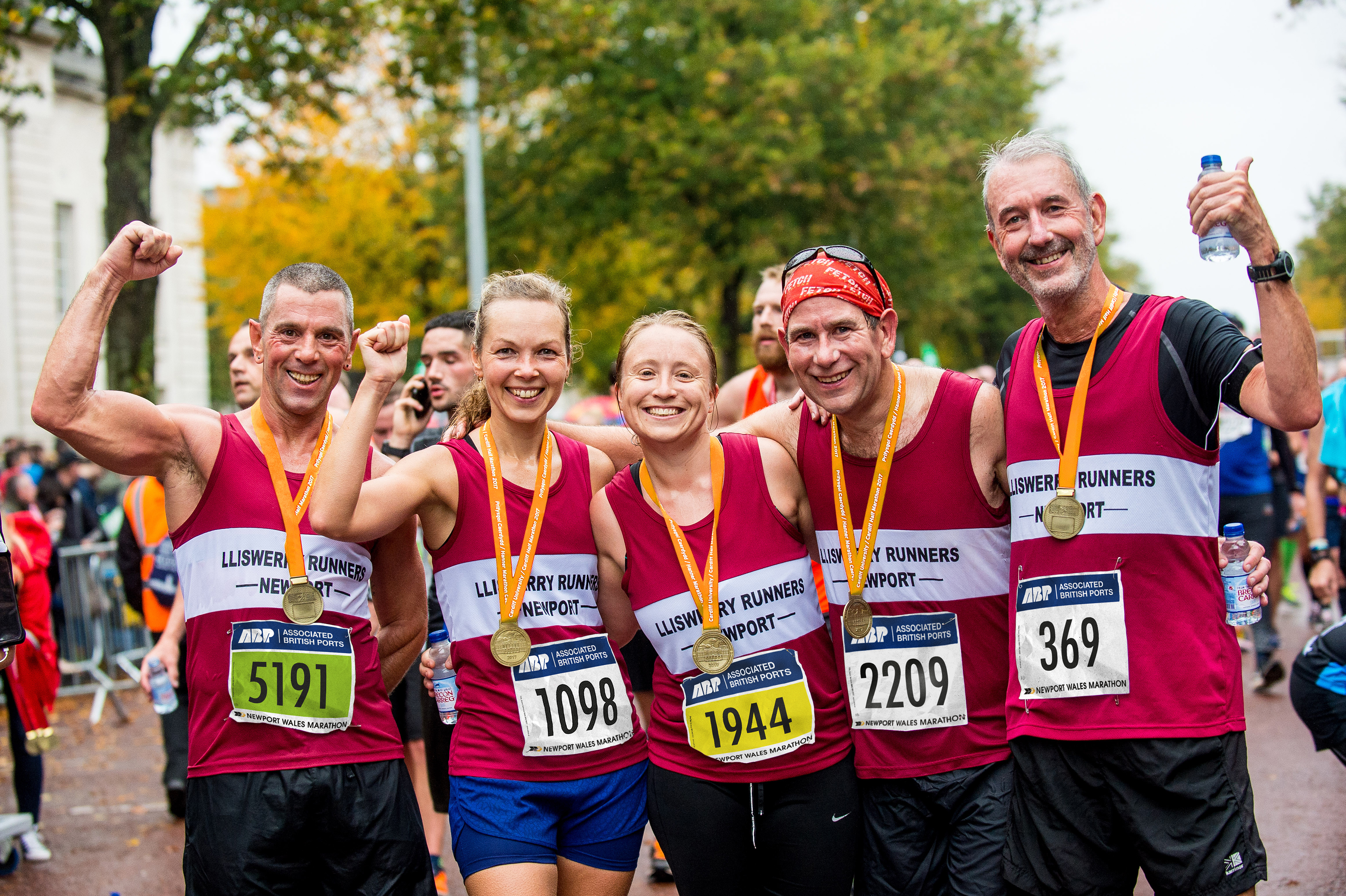 The inaugural ABP Newport Wales Marathon has officially sold out.

Runners from across the world have flocked to secure their place on the start line as a brand new era of distance running begins in South Wales. A total of 6,500 runners will flood the streets of Newport on Sunday 29 April for Wales’ new national marathon, with a further 3,500 taking on the ABP Newport Wales 10K.

Marathoners from as far afield as Canada, Algeria and Japan will have the opportunity to smash their personal bests on one of the UK’s flattest and fastest marathon courses.

Run 4 Wales Chief Executive, Matt Newman, said: “The ABP Newport Wales Marathon will satisfy the nation’s appetite for a mass-participation marathon on 29 April. Entries have rocketed since the race launched in October, exceeding all expectations for our inaugural event.

“Runners from four continents will have the chance see what Newport and Monmouthshire have to offer the world. The route will showcase the new face of the city’s regenerated Friar’s Walk shopping centre as well as historic landmarks including the Newport Transporter Bridge.

“Runners who prefer a shorter distance but still want to be part of this momentous day can sign-up for the ABP Newport Wales 10K, which begins just after the marathon and also takes in the city’s iconic landmarks.

“From launch day we have been delighted to have the involvement of our Title Partner ABP, who have been committed to supporting an event that will have such a positive impact on local communities and charities. Thanks must go to Welsh Government and Newport City Council for making the staging of the event possible. We hope the ABP Newport Wales Marathon & 10K can become a permanent fixture on the Welsh sporting calendar.”

There is still time to sign-up for the race by pledging to raise money for one of our associate charities. Lead Charity Partner NSPCC are offering a limited number of £15 spaces in the ABP Newport Wales Marathon for runners pledging to raise £500.

There is also the opportunity to run and raise vital funds for one of the event’s Associated Charities, which include homeless charity The Wallich, Noah’s Ark Children’s Charity and Cancer Research Wales.

Minister for Culture, Tourism and Sport, Lord Elis-Thomas, said: “Its excellent news that the first ABP Newport Wales Marathon has sold out – this certainly shows that there was an appetite for a national Marathon for Wales and I’m delighted that the Welsh Government has been able to support this event.

“We look forward to the marathon in April which will again showcase our abilities to host major sporting events in Wales. It will also provide a high-profile opportunity for locals and visitors to experience Newport’s newly-developed city centre  as well as some of the area’s iconic landmarks”

Councillor Debbie Wilcox, Leader of Newport City Council, said: “We are absolutely delighted that so many people want to be part of our first marathon. And to see competitors travelling from across the globe is amazing. We very much look forward to staging a fantastic event for all and sending everyone home – from near and far – having received a true Newport welcome and had a great experience of the city.

Those wishing to be part of a new era of distance running in the UK, without the commitment of training for a 26.2 mile run, can get in on the action by signing up for the ABP Newport Wales Marathon 10K. Entries for the 10K start at only £21, which includes a technical finishers t-shirt, bespoke medal and goody bag.