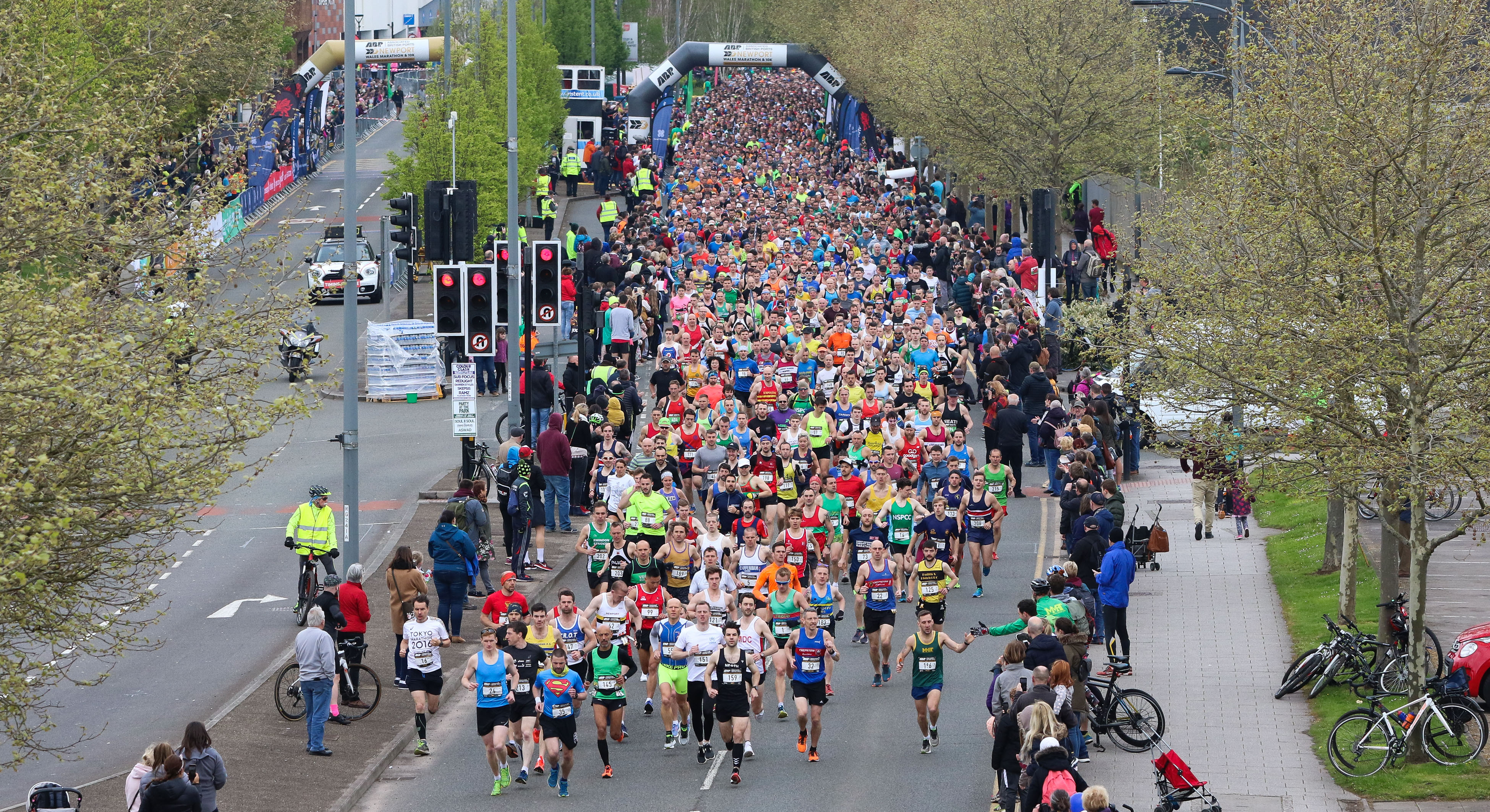 The race is on for runners to claim the final few discounted places for the 2019 ABP Newport Wales Marathon.

Early Bird entries slam shut on Thursday 13 December for those who want the perfect chance to smash their personal best for a fraction of full price. More than 70 percent of participants recorded PB’s on the flat and fast course, which will remain in place for next year’s race on Sunday 5 May.

Runners can enter for just £48 (a saving of £4) if they sign-up before Thursday’s closing date as the nation’s premier marathon event returns on Sunday 5 May 2019. The race is the ideal alternative for those who missed out on a place at the London Marathon ballot, but runners are being urged to sign up now to take advantage of the cut-price deal.

Run 4 Wales Chief Executive Matt Newman said: “The ABP Newport Wales Marathon ushered in a new era of distance running in Wales, but no one could have predicted the fast times that were set on the brand new course.

“Runners who missed out on London can instead take up the challenge of setting a new personal best, like 70 percent of participants at the inaugural event back in April.”

Entries are flying out fast for the second ABP Newport Wales Marathon and 10K and runners only have until Thursday 13 December to get in on the action for £48.

Over 2,000 general entry spaces have already been filled as marathoners from all over the world race to sign up, after 72 percent of entrants claimed personal bests at the inaugural event.