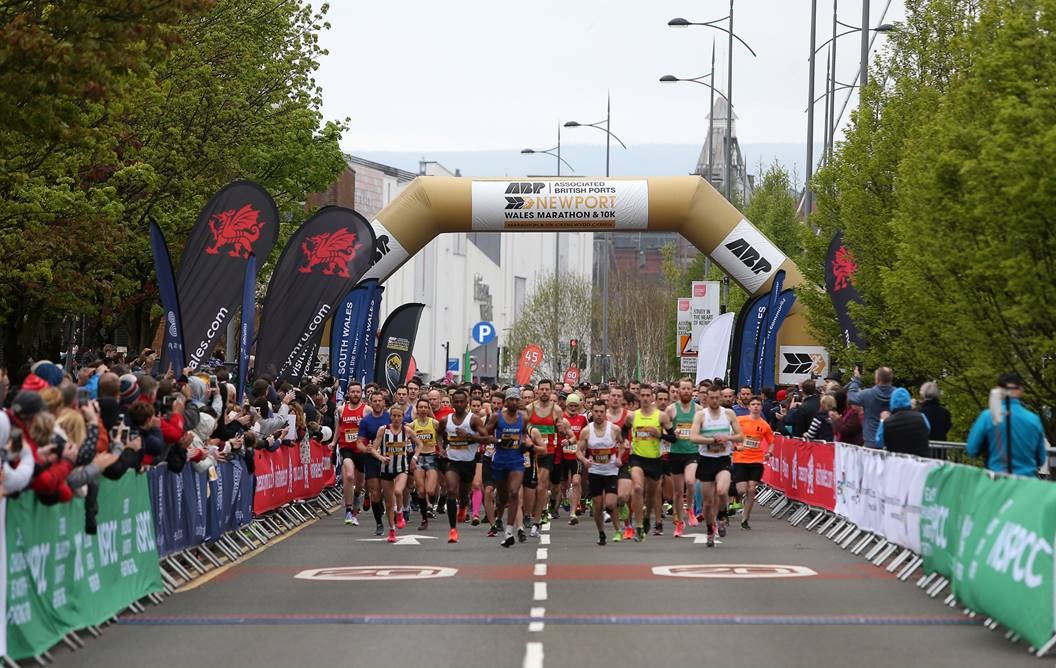 The ABP Newport Wales 10K will return for runners to enjoy the nation’s premier marathon event without taking on the mammoth 26.2 mile distance.

The ABP Newport Wales Marathon & 10K festival of running is back on Sunday 5 May, 2019, following the success of the inaugural event in April this year. Almost 3,000 runners added their weight to an electric atmosphere at the start of the marathon race, before taking in some of Newport’s most famous landmarks on a flat, fast route.

The course for the ABP Newport Wales 10K, devised by double Olympic marathon runner Steve Brace, will remain for 2019 to maximise the chances of a new personal best for elite runners and amateurs alike.

It starts and finishes on Newport’s vibrant riverfront, with a flat and fast course passing some of Newport’s most iconic landmarks including the Transporter Bridge and the recently revamped city-centre. The

Run 4 Wales Chief Executive Matt Newman said: “We were blown away by the success of the first ABP Newport Wales Marathon & 10K, but we plan to make the 2019 edition even bigger and better.

“The ABP Newport Wales 10K added an extra dimension to the inaugural marathon event as a new era of distance running got underway in Wales. The route remains unchanged so runners can not only enjoy a unique atmosphere, but have a real opportunity to smash their personal bests.

“We hope the people of Newport come out in force again to support each and every participant across both races next May.”

The race will host the second leg of the Run 4 Wales 10K series, which will incorporate a brand new 10K race to add to the popular Cardiff Bay Run, ABP Newport Wales 10K and Barry Island 10K.

Registration for all races will open on 20th November, as the new event is unveiled. Season tickets and multi-event passes available to those looking to sign up for more than one race.

Season tickets, granting access to all four races in the R4W 10K Series are priced at £80, a saving of £17 versus entering individually).

Three event pass, granting access to three races in the series are priced at £63, allowing a saving of up to £12 versus entering individually.

Two event pass, granting access to two races in the series are priced at £44, allowing a saving of up to £6 versus entering individually.  There are only 1,000 multi-event passes available on a first-come, first-serve basis. These are expected to sell out fast.

Individual entries for the ABP Newport Wales 10K are available, priced at £25 (General Entry) or £23 (for those affiliated to a UKA Club). Entries include event-pack postage, a high-quality medal, technical finishers t-shirt, use of a live tracking app, course entertainment, finish time pacers and more. You can pre-register now and be notified as soon as they go on sale on the 20th: http://bit.ly/2FntVjz