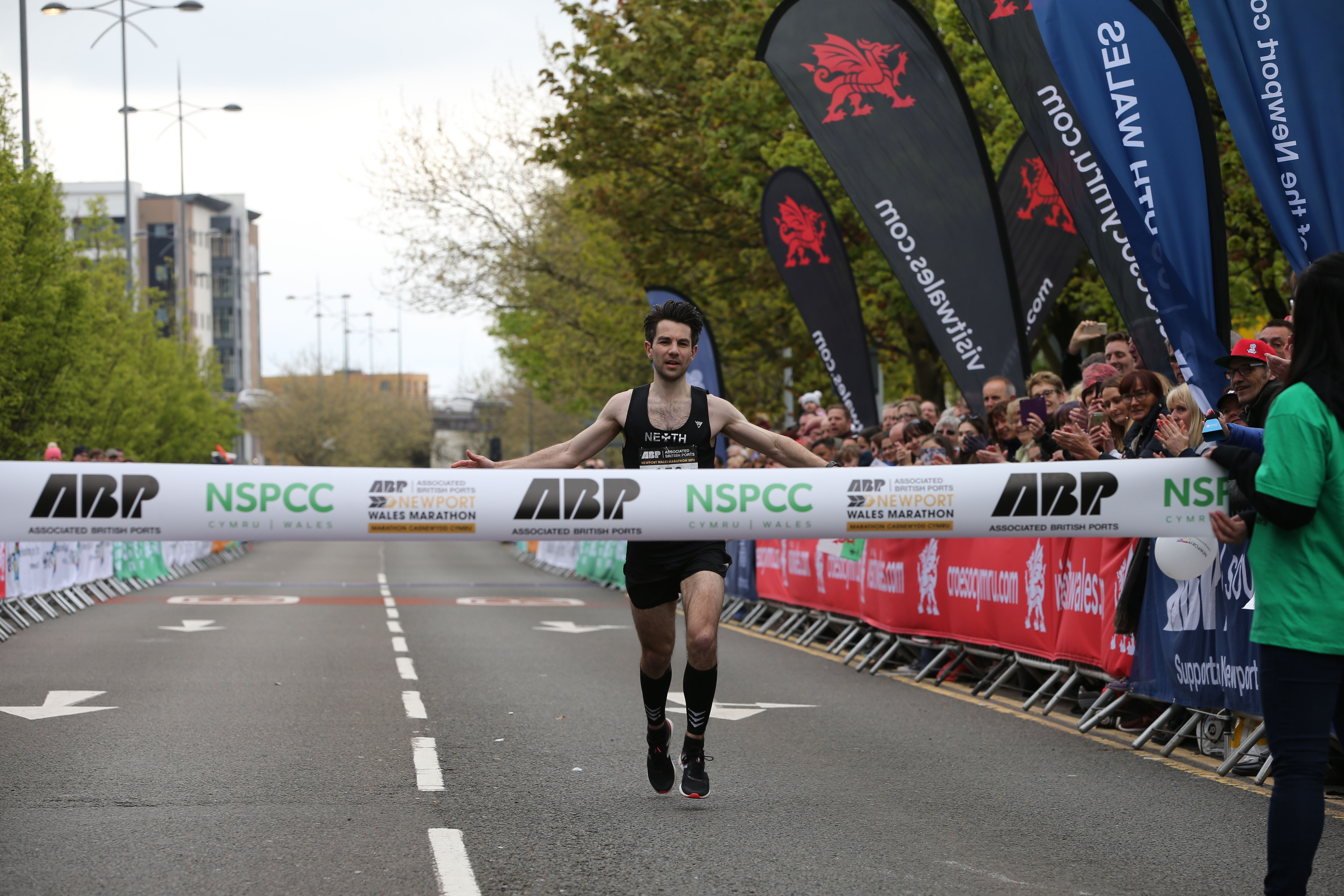 Course records are expected to tumble when a competitive elite field battle it out over 26.2 miles at Sunday’s ABP Newport Wales Marathon.

Dan Nash is the red-hot favourite in the men’s race following a stunning fourth place finish at the Brighton Marathon last month. The 25-year-old Cardiff AAC athlete slashed four minutes off his personal best to cross the line in 2:18:51, and will be out to go even faster on the flat, fast Newport route.

Neath Harriers’ Nathan Carpenter set the standard in the inaugural race, clocking 02:33:31 at the inaugural event, but with perfect running conditions forecast, a new course record should be well within his sights.

His nearest challengers should come in the form of Tavistock AC runner Adam Holland and Otley AC’s Scott Harrington. Holland has completed 139 sub three hour marathons and ran from John O’Groats to Land’s End in 17 days, and will be hoping to close in on the personal best of 2:27:55 he set back in 2016. But Harrington will be hot on his heels. Just 10 seconds separates their personal bests, and both will sense a chance to land a landmark victory in South Wales.

In the Women’s race, Wales international Alaw Beynon-Thomas will make her long anticipated debut over marathon distance. The 2017 Nos Galan road race champion is untested over 26.2 miles but has run an impressive 1:16:48 over half marathon distance. She will be hoping to smash the record time of 02:44:58 set by local favourite Natasha Cockram last year.

In the 10K race, Run 4 Wales 10K Series champion Matt Clowes will be hoping to get over the disappointment of his injury nightmare at the Brecon Carreg Cardiff Bay Run. The Cardiff AC star was leading the way at the 9K mark before pulling up with a hamstring injury. If he is to get back on track in the four race campaign, he will have to fend off stiff competition from 2017 European Cross Country mixed relay gold medallist and Cardiff teammate, Tom Marshall.

Shaftesbury Barnet star Rachel Felton is back to defend her ABP Newport Wales Marathon and 10K title in the women’s race. The Great Britain international is the clear favourite, but may be pushed hard by Bristol and West AC runner Charlotte Taylor-Green and the Cardiff duo of Lucy Marland and Carys Hughes.