The race is on for the 2020 ABP Newport Wales Marathon 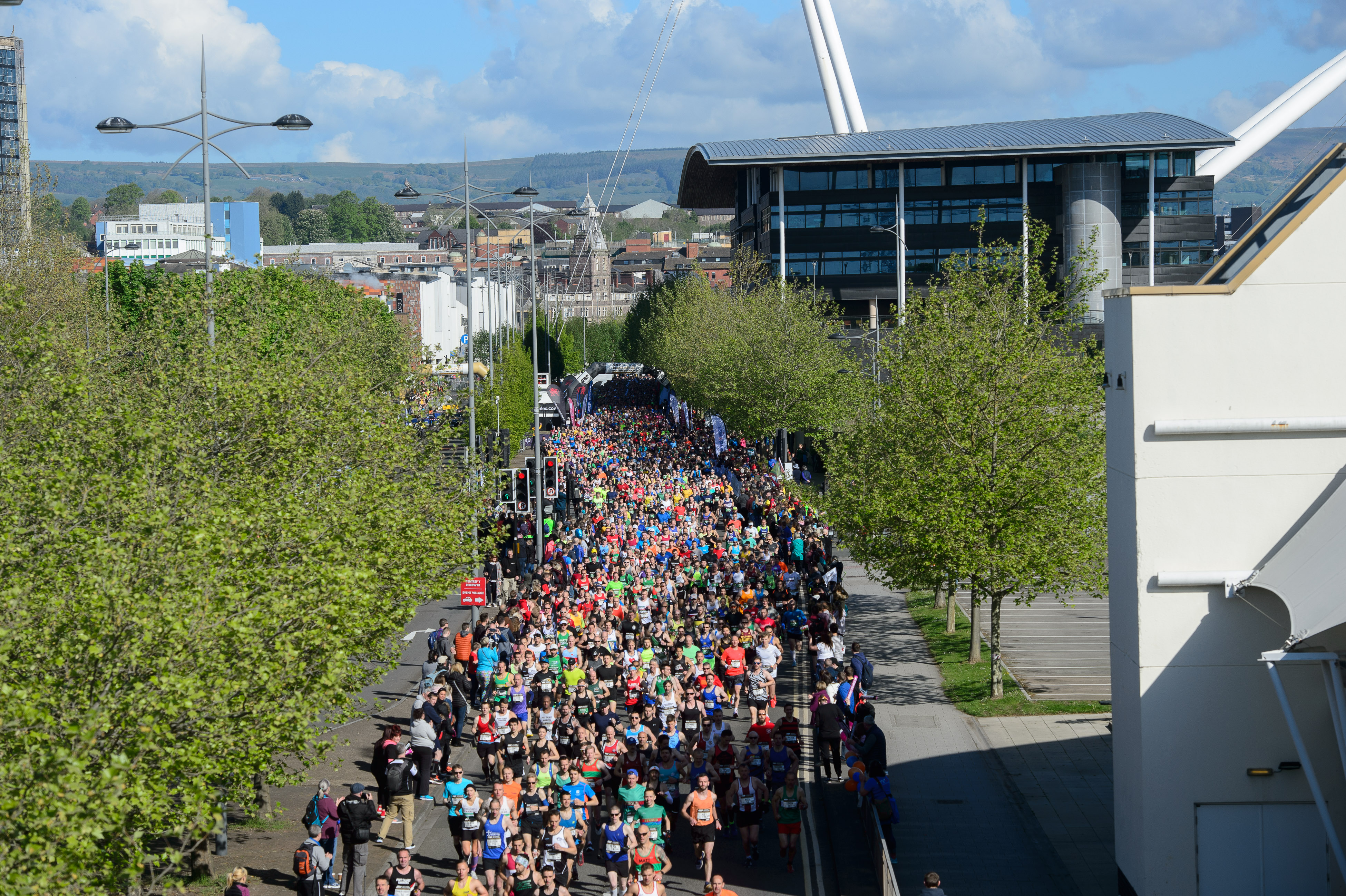 Those gripped by running fever at last weekend’s ABP Newport Wales Marathon can get in on the action in 2020 event for a fraction of the price.

Wales’ premier marathon event will return on Sunday 19th April, 2020 after the success of the second instalment. A limited number of discounted launch entries for next year’s race are now available, to give runners the opportunity to save almost 20 percent off the cost of general entry.

The limited entries, priced at just £39, give potential marathoners a £10 saving if they sign up before the end of May. Lead charity partner NSPCC Cymru also have fundraiser space available for only £5 when pledging to raise £300 to help in their fight for every childhood in Wales.

The 2019 event will go down as another triumph for the City of Newport after 6,000 runners enjoyed perfect conditions and a carnival atmosphere on the fast 26.2 mile route. Boasting one of the flattest marathon courses in the UK, over 70 percent of finishers in the race’s two year history have posted personal bests on a route that showcases the best of the city and surrounding area, including the City’s Transporter Bridge, medieval villages of Redwick and Magor and the scenic Gwent Levels.

Run 4 Wales Chief Executive Matt Newman said: “The second edition of the ABP Newport Wales Marathon proved to be another unforgettable day for the runners, spectators and organisers. The City of Newport came back out to support again and the supporters are the ones who have really helped put it on the running calendar, and cemented it as the largest marathon in Wales.

“But the race is already on for runners to book their place at next year’s race with these discounted launch entries. Those wanting to race on the streets of Newport at a bargain price should not waste any time in signing up.

“The race is fast becoming an unmissable addition to the Welsh sporting calendar, and we’re already looking to build on the success of the event when we return on Sunday 19th April, 2020.”

A limited number of launch entries, priced at just £39, have been made available. Once these have sold out, entries will reopen in Autumn, along with well as 10K and Family Mile entries, sign up at newportwalesmarathon.co.uk.